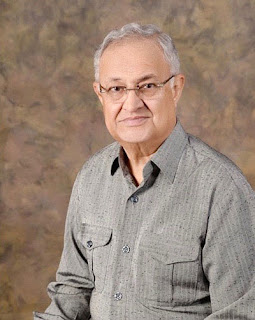 Senator Nisar Memon, a former federal minister, has regretted the lack of governance at the top, believing that it’s about time to let the youth take leadership of country which will also help achieve happiness with them taking ownership of challenges.

“Of course, we have governance. The Constitution of Pakistan and all state institutions govern the 219.4 million people. Is it effective, decisive and sustainable? Even if one wishes to look optimistically, it is difficult to give an affirmative answer,” he wrote in a recently published newspaper article.

“If governance was effective by this multi-party conglomeration in Islamabad, it would be visible in all walks of life. The conduct of parliamentary affairs, the quality of debates, government response to private bills and answers to members questions, the handling of Ordinances for converting them to bills, the absence of relevant government ministers during debates, and the language used by government leaders provoking harsher response from opposition benches; all point to an ineffective governance,” he observed.

“Let’s see the governance effectiveness in its economic policies. It would have been visible in results of economic policies which in nineteen months have brought unprecedented hardships to all sections of society due to increasing prices, Pakistan Bureau of Statistics reports the food and beverages prices increased by 23.6% in January 2020; non-availability of essential food items; reduction in earnings making goods and service out of their reach; the rising inflation of 14.56%; and the lack of jobs. All these confirm ineffective governance,” Senator Nisar Memon pointed out.

“The effectiveness of governance could not have been out of sight of citizens if speedy and affordable justice was provided at the doorstep of citizens. The pending cases, 1.9 million according to Law and Justice Commission of Pakistan, due to lack of enough courts is causing hardship to people. The free education committed in the Constitution is yet to be provided, the poor quality of education in government schools, and the inadequacy of curriculum to prepare them to participate and contribute to economy of the country is yet another consideration,” he explained.

“The level of basic health facilities and the medical services is forcing citizens to go for private medical services at huge costs and burden, it is reported in November 2019, in private hospitals a normal delivery package costs Rs. 200,000-300,000 and average cost of a private room between Rs. 8000-15,000 per day without healthcare facilities. The utility service bills include innumerable and unclear taxes and these days the jacked up wrong bills are adding insult to injury,” he added.

He didn’t mince words in stating that all the economic hardships have reportedly increased the societal pressures leading to suicides, crime rate and terrorism.

"The effective governance requires unity in rank and file of all institutions, which too is wanting. The burden of which lies on government leadership which must plan meticulously by taking all pros and cons of policies before launching them and then have patience and firmness to see them through,” he reckoned.

The former federal minister emphasized that governance can be effective and decisive if coupled with sustainability. “In 2016, we committed to 17 Sustainable Development Goals (SDG) of UN and government will be better advised to tune itself to achieve them in the interest of its own people. The government talks of mafias who must be defeated at all cost. The fast eroding value system can be addressed by the trust in capability and capacity of government and by isolating unprincipled corrupt interest groups from government. Even the perception will affect the governance with its far-reaching impact on lives of people,” he thought.

“The government cannot be at war internally and externally all the time. Creating crises to cover up deficiencies leads to question: do we have governance? The internal strength of governance is likely to provide impetus in resolution of external issues,” he advised.

“Our tremendous resources must be mobilized by developing indigenous economic systems and not by representatives of the outside forces. Our youth, with 49.2% being female population, is our strength if harnessed by human resource development and providing them the opportunities,” he continued.

“It is time to let the youth take leadership of country; this will also help achieve happiness with them taking ownership of challenges. Are people happy? It can be measured not by economic indicators alone but by social indicators as practiced for years in a small country like Bhutan,” he reminded.

“The drifting away from Quaid’s guiding principles is yet another challenge to governance. The independence and security can be assured if sovereignty in governance is kept in focus while framing all our policies like: foreign, defence, economic, social, judicial and we replace the colonial laws and colonial way of life in the interest of our country and its citizens. A sovereign Pakistan’s vision will be the one to unite the nation towards making the country and institutions strong by protecting, preserving and developing Pakistan for all its citizens,” he concluded.
Posted by Chief Editor at 4:47 PM Links to this post