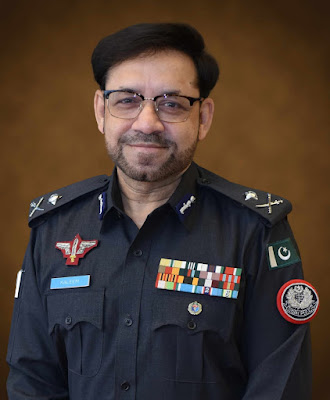 The Inspector General Police, Sindh, Syed Kaleem Imam, has stated that peace was being maintained in the province through the sacrifices of police personnel of different cadres from senior to constable level.

"Some 2,500 police personnel sacrificed their lives while on duty and thousands others were injured,” he said while talking to police officials and city elites at DIG Office in Nawabshah.

Kaleem Imam informed that a proposal has been sent to the Sindh Government seeking promotion of constables from grade five to seven and head constables from seven to nine grade for approval.

He added that the quota for lady constables would be increased and induction of 2,500 lady constables has been recommended while steps are in hand for restoration of son quota.

He described policing as a hard task and revealed that it received 77 alerts during recent war-like situation in which police played dedicated role while special measures were taken for protection of the CPEC projects.

The IGP disclosed that a policy is under formulation for grant of interest free loans to police personnel.

Speaking on the issue of 22-A, he stated that it is not being scrapped. However out of 19,000 complaints filed in different courts during 2018, around two thousand applications were accepted on which investigation was in progress.

He was optimistic that following the reforms in police department, a common man would get justice at his doorstep. He described the performance of DIG Mazhar Abbas as outstanding.

The ceremony, attended by Senior Superintendent of Police, Tanveer Tunio, and other senior officials, concluded with the unveiling of Complaint Resource Mechanism and Information Technology Lab by IG Syed Kaleem Imam.

On the occasion a number of lady police personnel submitted applications of their grievances to the IG.
Posted by Chief Editor at 3:34 PM