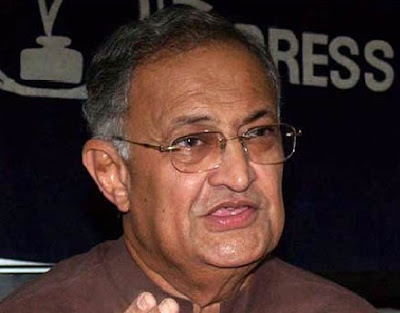 “Coronavirus (COVID-19) has brought untold miseries in a shortest period of time, in almost the whole world. All countries, including Pakistan, are bravely facing it. China where it first surfaced is the worst affected, but as usual China distinguished itself by leading to fight it with supersonic speed matching the speed with which this deadly virus came. The resolve, determination, plans and the speed of response of China has generated great hope that this virus will soon end. The full damage is not likely to be ascertained soon, but it will be of astronomical magnitude and shall leave its lasting effect.”

This was observed by Senator Nisar Memon, a former federal minister, in a recently published newspaper article.

“It has come in at the very beginning of this decade when children of Mother Earth were tackling the challenges of climate change disasters, poverty, injustices, violation of human rights in occupied Jammu & Kashmir in India, threats of using water as instrument of war, unprecedented economic burden of inflation in Pakistan brought about by wavery governance, unfinished war in Syria, increasing illegal annexation of Palestinian land by Israel, and global refugees,” he opined.

“Presently the worst affected countries by CODIV-19 after China and Iran are Italy and Spain. It’s fast spreading in rest of Europe too. The reasons appear to be delayed understanding of this virus and consequently inadequate preparedness to stop its spread,” the Senator reckoned.

“The countries and multilateral agencies have woken up to contain further damage. USA, the super-power with experience and scientific and technological capability was too focused on internal matters, including the Presidential elections and its economic and political war with China. Therefore it responded late but has developed vaccine against this virus,” he added.

“Pakistan’s new federal coalition government that acquired the power in August 2018, at the break of virus news was involved in launching tirade against its opponents, against corruption using mainly the institution and instruments of National Accountability Bureau, trying different teams for economic recovery finally settling for IMF experience team, proving its credentials and credibility, taking on the media which earlier was its ‘darling’ but the most significant and dangerous is its fight against the only province-Sindh, where a national opposition party won the elections and formed single party government,” Senator Nisar Memon wrote.

“In this backdrop comes COVID-9 from not far off but from next door neighbor, not from a hostile country but a closest friend China. We had all the time and means to act fast but it is believed that despite good statements full gamut of problem was not addressed in coordinated way,” he felt.

“It is duly recognized by all and sundry that Sindh government demonstrated leadership and Chief Minister Murad Ali Shah led from the front and put in early preventive actions and succeeded with very few contained virus cases. As lone warrior he is on record urging the federal government’s attention and support. Unfortunately, the inborn political hostility dominated federal leadership behavior and the lukewarm response did the damage that was to come,” the former federal minister regretted.

“The single most opportunity is to build our Health System on urgent and emergent basis and in this not only federal, provincial and local governments will be one but all friendly countries, regional alliances like SAARC and SCO, international bodies like UN, IMF, WB and above all our private sector Corporate Social Responsibility programs shall join, if the political leadership lead the way,” he proposed.

“The Health Emergency can be declared with appropriate organization to ensure a Command & Control System is in place. The short-term gain is responding to this virus but the long term gain is what we have not done that is a robust health system for our people. The think-tanks, heath NGOs, health professionals and practitioners will be more than happy to join the national efforts,” the Senator thought.

“The politically divided nation while uniting on health will pave the way to unite on all other needed challenges. Just one successful model is needed. This will discourage and disregard all negative propaganda in the way to meeting the virus challenge. This will also dissuade the ill-advised persons to converge their energies on these positive efforts rather than creating confusion on our foreign policy like the former spokesperson has done by releasing statement and many others like her. This initiative will also wake up those citizens who are in denial mode regarding the urgency of response to this challenge,” he concluded.
Posted by Chief Editor at 5:02 PM Links to this post