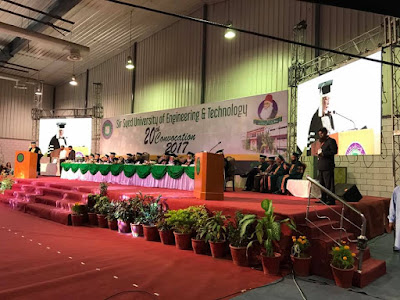 Pakistan's eminent nuclear scientist, Dr Abdul Qadeer Khan, has called upon the young graduate engineers in various fields to equip themselves with latest knowledge in science and technology to serve the cause of the country.

"You should not limit yourself to just bachelor degree but should go forth for higher studies in order to meet the present day challenges,” he advised while speaking as the chief guest at the impressive 20th Convocation-2017 of Sir Syed University of Engineering and Technology (SSUET) held at the Karachi Expo Centre on March 19.

Over 1,200 passed out graduates of the SSUET were awarded degrees in their respective engineer disciplines on the occasion. The presentation of gold, silver and bronze medals to top three position holders in each engineering discipline of computer, civil, electronics, biomedical and telecommunication besides computer science was made amidst thunderous applause from guests, parents and students community.

“When India acquired nuclear technology and became a nuclear power with the sole objective to establish its hegemony we realized the situation and proposed to the then Prime Minister Zulfikar Ali Bhutto that Pakistan should also go nuclear to fail the India's nefarious designs and he accepted the same and today Pakistan is a powerful nuclear state and no one can cast evil eye on it and the credit for this goes to Prime Minister Bhutto,” Dr Abdul Qadeer Khan observed in his speech. 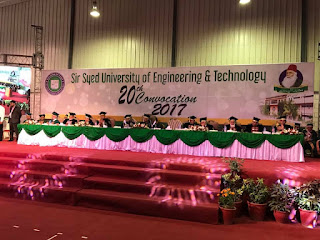 The chief guest told the passing out graduates that in their practical life they will face various problems but with acquisition of advance knowledge they would overcome the same.

He informed having had an association with the SSUET right from the beginning and members of its sponsors, the Aligarh Muslim University Old Boys Association (AMUOBA) deserve every appreciation for the establishment of this university and thus provide an opportunity to young generation of Karachi to get higher education in science and technology.

Paying tributes to Sir Syed Ahmed Khan, the chief guest said that had he not established Aligarh Muslim University, Pakistan would not have come into being as the people AMU produced were the ones who struggled for a separate homeland for Muslims of South Asia. 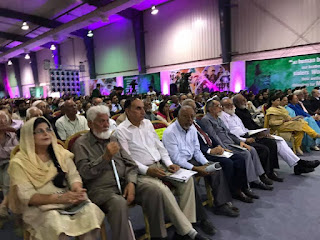 He hoped that the engineers of today would serve the cause of the country in future. He said whatever the situation may be they should devote themselves to the cause and interests of the country.

"This is our country and we have to work for the glory of our motherland,” the great benefactor of Pakistan announced.

As he arrived at the rostrum to deliver his address, the entire invitees stood up and gave him a thunderous applause reflecting his recognition of his services for Pakistan. 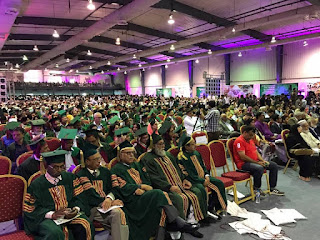 Earlier in his welcome address, the SSUET Chancellor, Jawaid Anwar, paid glowing tributes to Dr Abdul Qadeer Khan, recognizing him as the true pride of Pakistan.

He stated that the convocation is the biggest and most important event of the university and is a milestone in the lives of the student. This is an acknowledgement that a student has reached a higher level of knowledge understanding and education.

"It is a happy time for the fresh graduates that they are joining their seniors and I would like you to be linked with this university as alumni. The contribution of the alumni in the development of university is universal. I hope that all of you will play a vital role in the progress and advancement of your university,” he said. 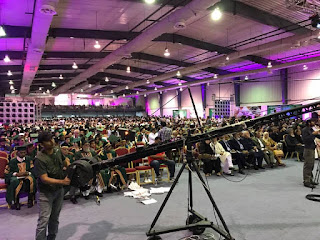 The Chancellor pointed out that this is an era of knowledge based economy in which small countries such as Singapore and Korea have excelled. Every individual realizes the importance of education.

"If you see for yourself, you will observe that the access to, and use of modern technological education are central to social development and the key to the evolution of human civilization,” he added.

Jawaid Anwar said that SSUET holds a prominent place in the academic sector due to its high standard of education and the training it imparts to its students. Its graduates hold leading positions in many national and international organizations, where they are proving their metal. Our graduates are fully equipped to take on the challenges of present and future requirements. 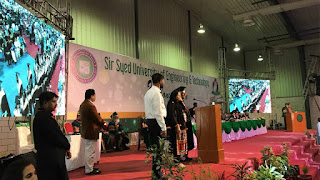 He said the concept of social reforms of Sir Syed Ahmed Khan was based upon acquisition of modern scientific education. The key ingredients of this concept were proper upbringing, character building and tolerance.

The Aligarh Muslim University proved to be the laboratory where these concepts were experimented, which produced students who possessed the above traits. The positive result of this experiment was the establishment of Pakistan.

In his address, the Vice Chancellor, Prof Dr Jawed H Rizvi, said that the 20th convocation was a historical event and a milestone in the history of university. He said that the track record of university since its inception is a fair testimony of the SSUET being a progressive institution that is growing at rapid pace in a period of slightly over two decades. The SSUET is always responsive to advancement in science, engineering and technology. 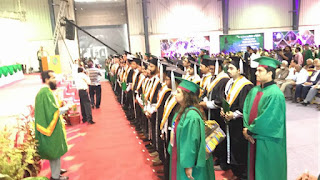 The VC recalled that so many landmarks, advancements have taken place in the world today and this process continues. Scientists and engineers regularly come up with new ideas innovations, inventions in science engineering and technology. All this is being done not by super humans but they are the people like the graduates passing out today. They had consistency of purpose in their efforts.

With hard work and determination, they could produce results. Our young graduates can also claim achievements if they keep targets in professional life and try to pursue these with confidence. Try to carve out your place amongst professionals.

He advised the graduates to respect parents and be grateful to them. They have sacrificed a lot to get you to where you are today. They deserve acknowledgement. As you now step into practical life you should find yourself a better person equipped with knowledge and skills and willing to share and contribute to the betterment of mankind and humanity and minimize sufferings of people. 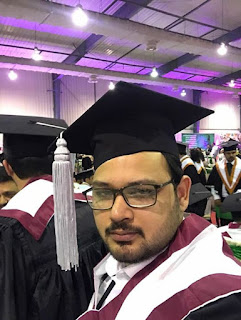 He recalled how the profound transformation of the university took place over the past years as the university has grown from an enrollment of 200 students in 1994 to over 5,800 students in 2017. SSUET started with just a couple of technologies but today it has been expanded the programme to eleven departments.

"We have plans in hand to further expand University keeping in view the national, international and market trend. We have turned out more than 14,000 graduates so far. With the progress made we do not aim to become the best University but we always endeavour to offer quality education and state of the art facilities for learning and research so that our students gain knowledge and skills and become real proficient professionals in the competitive world of today and future while they enter practical life. It is a matter of pride for our country to have an institution like the SSUET that has developed so well since its establishment," he explained.

Dr Jawid H Rizvi pointed out that focus of Sir Syed University since its inception has been dissemination of knowledge and imparting skills and expertise through quality education in the domain of science, engineering and technology.

The convocation proceedings were conducted by the SSUET Registrar, Syed Sarfraz Ali, and it was largely attended by members of the Board of Governors, eminent people from the fields of science and technology, educationists and industrialists besides Consul Generals and senior members of AMUOBA.
Posted by Chief Editor at 3:46 PM