By Abdul Qadir Qureshi
(Pakistan News & Features Services)
A joint meeting of the members of the Karachi Mathematical Association (KMA) and the Department of Mathematics of the Sir Syed University of Engineering & Technology (SSUET), was held to condole the death of Prof Shaukat Abbas Abbasi, a renowned mathematician and a member of the Aligarh Muslim University Old Boy’s Association (AMUOBA).
Prof Shaukat Abbasi, a mathematician of high calibre, served various national and international universities for several years and he has left behind a large number of students to mourn his death.
He has a number of publications to his credit including many books having been brought out by national publishers.
The meeting was attended, among others, by Prof Dr Syed Jawaid Hassan Rizvi, Vice Chancellor, SSUET, and President, KMA, who paid rich tribute to the services of the Professor and prayed for the departed soul to rest in peace. He also prayed for his near and dear ones to have courage to bear this irreparable loss.
Posted by Chief Editor at 3:36 PM 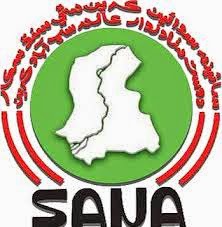 The Sindhi Association of North America (SANA) has condemned in strongest words the cowardly attack on a school of Peshawar and killing of innocent children, and announced to arrange vigils in Houston, USA and Toronto, Canada, for martyred people specially the students and teachers of Peshawar school assassinated by cruel terrorists.

The SANA President, Jamil Daudi, through a press statement, issued on behalf of the executive council and all the members expressed his deep sorrow over the tragedy.

He observed that the grief and pain of those families cannot be measured who have lost their loved once in this barbaric act. He said that the children are like angels and all the colours of world are because of them, and killing them in the name of Islam is like killing whole humanity.

He said that through killing children and women, those elements basically were trying to take revenge from the people of Pakistan because people have rejected them.

The SANA President added that not only the people of Peshawar and Pakistan at whole were shocked on this barbaric act but the entire world was in a state of sorrow and we all shared the grief of those parents and families who have lost their kids and beloveds in this tragedy.

Jamil Daudi has appealed Sindhi community of Houston to participate in a Vigil for Victims on at Westheimer and Post Oak. Another vigil was planned to be arranged at Chicago’s Daley Centre. 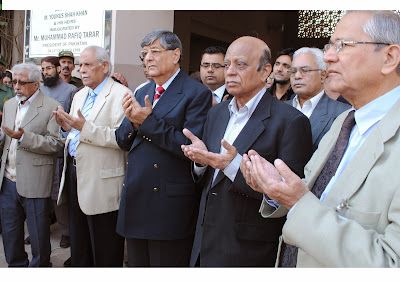 The barbaric and savage act played at the Army Public School, Peshawar, on December 16, was vehemently denounced at a condolence get-together held at the Sir Syed University of Engineering and Technology (SSUET), Karachi, the following day.

On the occasion Fateha was offered for the departed innocent lives which was very largely participated by the university students besides entire faculty staff members.

The grim-faced participants prayed to Allah to rest the departed souls in eternal peace and grant fortitude to the bereaved families on this grave national tragedy. Prayer was offered for greater national unity to combat the elements of terror and resolved to let no stone unturned to counter terrorism with their unity.

The university was engulfed in a sad atmosphere and many male and female students, while talking about the grim tragedy at Peshawar, could not stop their tears rolling down.
Posted by Chief Editor at 2:47 PM 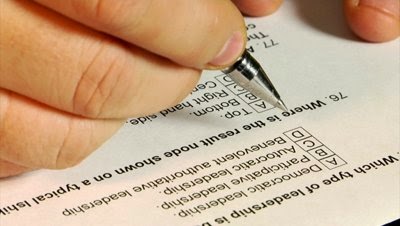 By Abdul Qadir Qureshi
(Pakistan News & Features Services)
The final semester examinations in all the disciplines and all batches have commenced at the Sir Syed University of Engineering and Technology (SSUET), Karachi, as the future engineers devote all their energies in further proving their academic excellence prior to stepping into the professional arena.
While the regular exams will continue up to December 20, the process of new admissions for the academic year 2015 has also started simultaneously at the SSUET.
The university has announced December 15 as the last date for payment of admission fee and completion of related formalities.
This year, the newly introduced electrical engineering has emerged as the second most sought after discipline after civil engineering.
According to Vice-Chancellor, Prof Dr Jawed H. Rizvi, the new academic session will start from January 19, 2015, with the Orientation Day scheduled to be held at the Karachi Expo Centre. 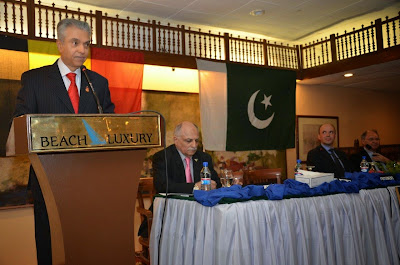 The role of Belgium before and during the World War-I was highlighted by the Belgian Ambassador, Peter Claes during an exhaustive discourse at a get-together of the English Speaking Union of Pakistan, held the Beach Luxury Hotel on December 4.

The function was chaired by the ESUP’s President, Aziz Memon, who, in his welcome address earlier, spoke about growing Pakistan-Belgium relationship.

The Belgian Ambassador's topic of the talk was "Belgium and the beginning of the great war" during which he dwelt at length about his nation's role at the beginning, during and after the war. Marking the centenary of the First World War, Ambassador Peter Claes recalled the history of Belgium and how it became a country.

In his discourse, he recalled when European leaders gathered in Vienna in 1815 to redraw the map of their region and thereby the Southern Catholic Netherlands and Northern Protestant Netherlands were united to form the Kingdom of Netherlands with two capitals, one in Amsterdam and the other in Brussels.

However, this union, he stated, lasted only for 15 years after the Belgians living in the kingdom revolted and seceded in 1830. After it became independent, the Belgians offered to Leopold to become their king which he accepted and the decision to do so, Ambassador Claes opined, had far-reaching implications since Leopold was related to the royal family of England, firstly as the son-in-law of King George IV and then as a maternal uncle of Queen Victoria. 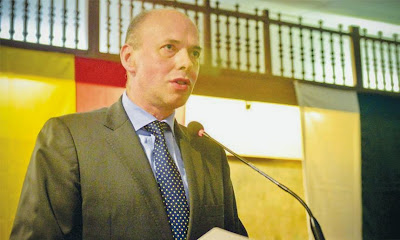 Ambassador Claes said Belgium invested more in industry and neglected its military aspect. Nevertheless, Belgium did safeguard its cities by erecting forts, perhaps foreseeing the developing militarist intentions of neighboring countries like France, Germany and Russia. Continuing, the Ambassador said that in essence First World War was a Balkan war. Austria-Hungary had declared war on Serbia. Russia had mobilized its forces against Austria-Hungary.

Germany was supporting Austria-Hungary. Germany faced a terrible choice because it had to fend off two enemies: France and Russia. France was particularly hostile to Austria-Hungary and Germany. The hostility between France and Germany dated back to the Franco-Prussian War in 1870.”

“Germany promised us all kinds of help even going to the extent of promising us territorial compensation from France. We were given only 12 hours to decide. Everyone from the king to the Prime Minister to the parliament rejected the ultimatum. This automatically led to war and on Aug 4, 1914 the Germans entered Belgium and Liege was the first Belgian city that Germany attacked.”

The Ambassador said the battle lasted for seven days, which is a considerable period of time, since our policy of neutrality meant that our military strength was negligible and yet we defended ourselves which was a no mean thing especially against the enormous German forces who used heavy artillery and destroyed forts in the city.

According to Ambassador Claes, Belgium tried to organize as best as they could, but because of their policy of neutrality, they did not have a tradition of defence. Germany didn’t expect resistance from Belgians In fact in the Battle of the Silver Helmets the Belgian cavalry defeated the German troops.

The Germans kept advancing through Belgium and torched several towns and killing many defenceless civilians. Giving the example of the Battle of Ypres, he said the town was completely ruined by the Germans during the Great War. Speaking about Belgium's stance of neutrality in the Great War, he said during the first days of the war, Belgium maintained its neutrality. Officially it was never part of the alliance. 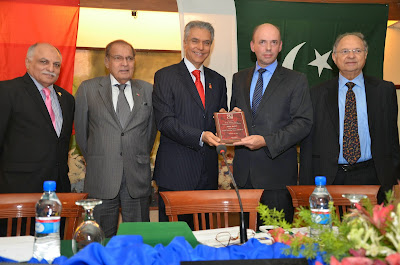 "We controlled our own forces.” But this policy was challenged again in 1940 when Germany invaded Belgium without warning. This is why his country lost faith in this policy and invested in the multilateralism and hence it was one of the founder members of Nato, United Nations and European Union.

While concluding, Ambassador Claes became emotional when he recounted the services rendered by the soldiers of the subcontinent who had participated in the First World War.

“Nearly one-third of people of this soil that had nothing to do with the war, came in cold, misery and mud, away from their beloved to fight and defend our freedom and our homeland. The first Muslim to be awarded the Victoria Cross for bravery was given to a private named Khudadad Khan," he recalled.