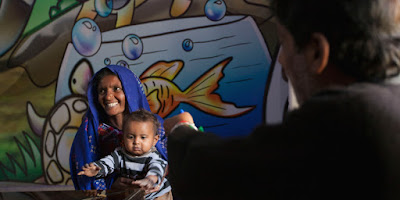 Pneumonia and meningitis account for nearly one in three child deaths in Pakistan every year. A four-year study of the impact of the Pneumococcal Conjugate Vaccine (PCV-10), has found that the vaccine prevents children from contracting deadly strains of the two diseases.

The study, funded by the Global Alliance for Vaccines and Immunization (GAVI) and conducted by researchers from Aga Khan University (AKU), investigated the impact of PCV-10 in Karachi, Hyderabad, Matiari and Thatta.

Researchers found out that the vaccine was 70 percent effective in protecting children from ten strains of pneumonia and meningitis. In addition to studying the vaccine’s effectiveness, researchers also analysed factors affecting the coverage of the vaccine in Thatta and Tando Muhammad Khan, two rural districts of Sindh, the province with one of the lowest rates of immunization coverage.

The implementation of these recommendations by local authorities has more than doubled vaccine coverage in the area.

Commenting on the findings of the research, Dr Asad Ali, associate professor and director of research in paediatrics at AKU, said: “In Pakistan, pneumonia is the leading cause of death in children over the age of one month. Our study clearly demonstrates the value of making this vaccine available to every child and puts forward new recommendations that will extend the reach of the vaccine to every child, in rural and urban parts of the country.”

Speakers at the seminar also made a range of proposals to further strengthen vaccination delivery systems in the country. They called for three separate quality improvement processes to be used to keep frontline immunization staff motivated and for low-performing field staff to be mentored through special programmes run by star performers. They also recommended changes in the way data is used to make decisions on outreach campaigns at the district and provincial level.

Dr Khalid Mahmood Ahmed Khan, professor of paediatrics at the National Institute of Child Health said: “The PCV-10 vaccine has made a huge difference. But we are still seeing cases of meningitis and pneumonia in children who were missed in immunization activity. The public and private sector must work together aggressively to ensure that every child receives the full course of vaccinations under the national Expanded Programme of Immunization.”

During the seminar, Dr Shehla Zaidi, associate professor in paediatrics and child health at AKU and programme lead for the routine immunization strengthening initiative, described how the University’s wide-ranging healthcare initiatives in Tando Muhammad Khan had increased the reach of four vaccines provided under the government’s Expanded Programme of Immunization.

“Over the course of twelve months we have seen a twofold increase in vaccine coverage levels. We have done this by raising demand for vaccines in rural areas through radio and text message announcements. By giving fuel allowances we have extended the reach of outreach campaigns and the use of a smartphone-based application has introduced real-time monitoring of vaccination activity.”

“Our work to generate evidence and lessons through innovative healthcare initiatives aims to help the country meet targets under Goal 3 of the Sustainable Development Goals which call for communicable diseases to be eradicated by 2030. Importantly, all of these initiatives can be achieved without the need for government hiring additional staff.”

Dr Safi Malik, director of programmes at the Ministry of National Health Services, who leads the federal government’s programmes on preventable diseases, spoke about how lessons learnt from the national polio eradication program could help strengthen the Expanded Programme of Immunization.

He noted that best practices such as the integration of micro plans, enhanced monitoring initiatives and data sharing could help save many lives.

Dr Malik stated: “I’d like to thank the Aga Khan University and the Sindh province for generating such valuable evidence on the effectiveness of vaccines and immunization programmes. Such research will help us reduce the rate of infant mortality and to achieve our targets under the SDGs.

“Sindh is a privileged province for having a premier institution like AKU which produces research on healthcare that is informing policy. The federal government is also encouraging other provinces to develop a culture of evidence-based decision making in healthcare and I’d like to appreciate the role of AKU in pioneering healthcare initiatives in communities in hard-to-reach areas.”

The PCV-10 vaccine’s rollout across Pakistan in late 2014 was enabled by a wide-ranging network of partners known as the Sindh Pneumococcal Vaccine Study Group. These included federal and provincial governments, GAVI, and participating tertiary care hospitals and universities across Sindh that analysed evidence and developed approaches to assess the vaccine’s effectiveness.

The nationwide rollout of PCV-10 meant that a course that used to cost individuals upto Rs 16,000 is now available to all Pakistanis at no cost.

The seminar was attended by officials from public and private sector children’s hospitals in Sindh, provincial and district leaders in the health department as well as representatives from development agencies and the private sector.
Posted by Chief Editor at 3:57 PM 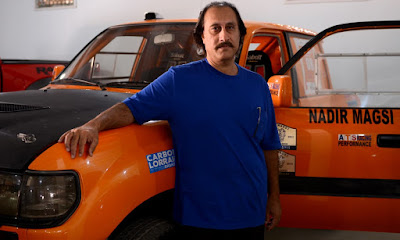 Some of the country’s leading drivers will be seen at an action-pack 4th Hub Rally Cross at the newly developed Max Dirt Arena at Hub in the outskirts of Karachi on March 12. The event will also mark the inauguration of 5-kM specially designed Max Dirt arena.

Another top rally driver in the fray will be a top foreign racing driver Dr. Hironao Takashi of Japan residing in Karachi.

Dr Takashi had featured in the Formula One Race in Japan and other parts of the world. The race will be held at in eight categories in stock and prepared class from 660 cc and above.

Pakistan is believed to be having a bright future in the motor sport and they got exciting drivers in the field. The organizers are being complimented for developing such a modern arena which will be a good boost the rally drivers.

Veteran driver Ronnie Patel was eagerly forward to the event. “Like always it will be exciting and competitive and provide the platform for the upcoming drivers,” he remarked.

“We are launching this inaugural Hub Rally Cross event as a build-up for 2017 Hub Rally planned to be held in Thar later this year. The winners in eight categories will be decided on best timing of three lapses,” he disclosed.

Former Pakistan cricket captain and the leading Test scorer for the country, Younis Khan, featured among the special guests invited to attend the race and may have round of the track.

Meanwhile some of the participants have practice and training session at the arena in the build-up for the competition.
Posted by Chief Editor at 3:56 PM