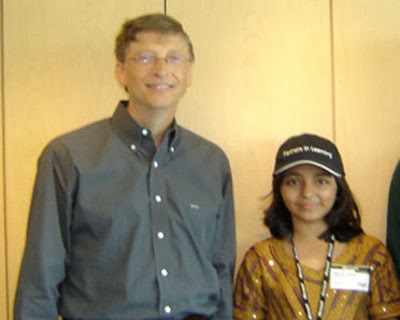 On the occasion of  the second death anniversary of the youngest Microsoft expert and the Pakistani icon, Arfa Karim, the Karachi Port Trust (KPT) organized a harbour cruise for students alongwith Mrs Samina Amjad, mother of late Arfa.

Speaking on the occasion, Samina Amjad highlighted the goals set forth by the Arfa Karim Foundation and said that her daughter wanted to bring about a revolution in the field of education using IT as a tool, for imparting quality education to under privileged students particularly in rural areas of Pakistan.

This, she pointed out, was even shared by Arfa with international and national media interactions as her daughter has always dreamt big in her short life.

The Arfa Karim Foundation is striving hard to preserve her complete legacy and moving forward to persue her dreams, Samina told the gathering adding that with this objective in view the 2nd death anniversary of Arfa is observed to pay tribute to the ‘daughter of the nation’ by lighting candles and organizing various activities starting from January 14 and they will continue until February 2.

She reminded that Arfa Karim lost her battle against life on January 14 and her birthday was celebrated on February 2 until her daughter was alive.

Mrs Samina Amjad appreciated the KPT's efforts for coming forward with this harbour cruise on a passenger ferry boat which was named after Arfa. They profusely decorated the boat for this particular occasion.

Later, the students also shared their views and vision towards acquiring latest technology and some even shared to become computer experts like late Arfa Karim. One of the student in a very confident mood said that she wants to become software specialist and develop software for exporting to other countries to help boost our exports and earn foreign exchange needed for the economic stability.

The students exhibited great excitement in having the company of a great mother of nation’s daughter and thanked the KPT management for providing them an occasion to share their feelings towards the great daughter of Pakistan.