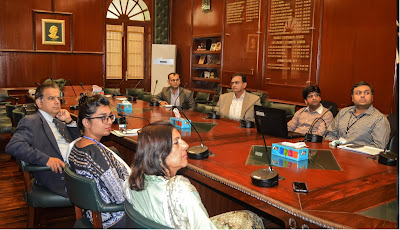 The Commissioner Karachi, Iftikhar Shalwani, held a meeting with Dr Nasim Salahuddin, Head of Department of Infectious Diseases and a member of WHO Expert committee for Rabies and Rabies-free Karachi.

They discussed the dog bite cases, awareness among community and general public through their mobilization and their involvement at grass root level.

Dr Nasim and his delegation members briefed the Commissioner about their organization s activities and its role in creating awareness at the community level.

They informed about their ongoing mobilization campaign for the last 10 years towards dog bites cases, training of workers, potentialities of the community besides other things.

The Commissioner appreciated the efforts of the organization and assured them of administration's cooperation and assistance at community level besides required coordination by allied agencies to further push up their campaign. 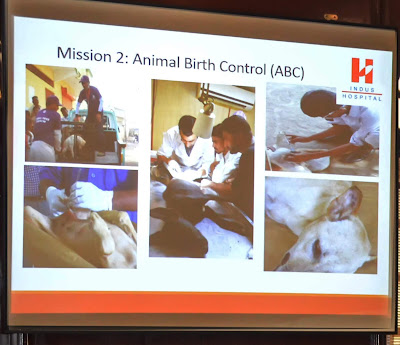 He immediately has established a Task Force headed by Additional Commissioner–II, Ghulam Murtaza Memon, and consisting of respective Assistant Commissioners/Revenue officers, respective agencies and Rabies free Karachi representatives to make efforts for achieving desired civil society mobilization, awareness and hold training sessions in the community with regard to pre and post treatment of dog bites cases, mass dog vaccination, animal birth control, field operation, through workshops, seminars and awareness on social media as well as other media to achieve the targets.

He said that the organization and the Commissioner Office will work together after a mutual agreement and signing of a MoU draft of which will be submitted by them to be vetted by the Sindh Government's Law department which will be taken on board for further expansion of operation.

The Commissioner Karachi directed the DMCs that in order to train and involve the staff of allied agencies to spare and train the sanitary workers and others staff in cooperation with the organization. It was informed that during the period 2009 to 2018 some 112 cases of dog bites were treated at Indus Hospital and Jinnah Hospital free of cost.
Posted by Chief Editor at 12:11 PM Links to this post 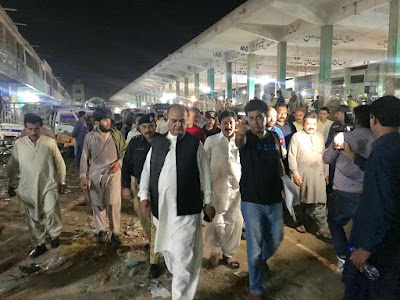 All the deputy commissioners, on the directives of Commissioner Karachi, Iftikhar Shalwani, have started price control drive taking stern action against the profiteers.

The deputy commissioners have formed special teams comprising of assistant commissioners and mukhtarkars to use their magisterial powers against profiteers, while the DCs were personally supervising the anti-profiteering drive.

Meanwhile the Commissioner has advised the deputy commissioners not only to monitor the campaign but also review the performance of the teams formed by them and submit report there to the commissioner office for review of individual performance.

The performance of Market Committee formed to fix the rates of fruits and vegetable in the morning at Sabzi Mandi on daily basis during the holy month was also reviewed.

In this regard the Additional Commissioner Karachi-1, Ahmed Ali Qureshi, visited Sabzi Mondi early morning to monitor the process of fixation of prices of fruits and vegetables and later submitted his report to the Commissioner with his comments for improvement in the performance.

The Commissioner asked the Market Committee to ensure that the prices fruits and vegetable are reasonably fixed during the holy month and transparency should be maintained with the objective to provide the relief to people.
Posted by Chief Editor at 12:10 PM Links to this post