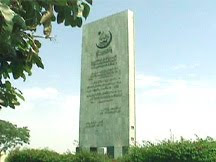 Errors and omissions in mark-sheets of many semester students of various departments of Karachi University have become a source of irritation for students and wakeup call for concerned authorities to rectify the system at earliest.
Many students studying in different departments of KU witnessed inaccuracies in their recently issued semester mark-sheet, commonly known as ‘Performa’.
Several sorts of mistakes were observed in these mark-sheets including false entry of subject marks, year of semester, and subsidiary subjects. In some cases candidates were mentioned fail or absent despite securing passing marks.
To make the matter further complicated the process of rectifying these mistakes is lengthy and cumbersome. Affected students complain that the procedure to get their Performa corrected is really annoying as they had to pay several visits to Semester Examination Cell (SEC), where they generally receive cold and uncooperative response. Maimuna Ejaz, morning student at the Department of Mass Communication was grieved after getting her Performa.
She said that she actually had got 80 marks in subsidiary subject Sociology, as it was also apparent in the marks list provided by her teacher; however, the Performa issued to her showed she secured just 54 marks in the same subject. Another student of the said department told that he had got back his Performa after entire processing from SEC with some errors still persisting.
Interestingly one of the BS evening batch at aforementioned department has observed an unusual case as some 25 students amidst a total strength of 42 students in the class were declared ‘absent’ in their subsidiary subject International Relation. (NC Report)
Posted by Chief Editor at 12:27 PM Links to this post