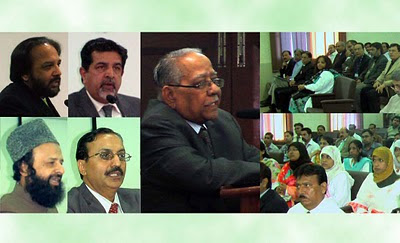 The Karachi Institute of Heart Diseases has launched training in cardiac technology under three year diploma program after its recognition from the College of Physicians & Surgeons Pakistan. Earlier a special team of CPSP comprising of senior cardiologists inspected KIHD and declared it an appropriate institute for cardiac teaching in cardiac technology. The institute will also be equipped with a cardiac nursing institute.

This was stated by the executive director of KIHD Dr. Abdus Samad while addressing the launching ceremony of diploma in cardiac technology. Those who attended the program included renowned cardiologist Professor S.M. Rab, City Nazim’s Coordinator for Health Affairs Masood Naqi, Principal KMDC Dr. Waqar Kazmi, EDO Health Dr. A.D Sajnani, members of governing body of KIHD and city government health committee. Executive Director Dr. Abdus Samad said that within a short period of three and half years KIHD has been transformed into a well standard cardiac institute of the city and all credit for this goes to City Nazim Syed Mustafa Kamal who has taken special interest in its up gradation from a small clinic to a medical complex. He said that a nursing institute will soon be added in the present set up of KIHD while the medical and surgical wards will also be started soon.

Speaking on the occasion EDO Health Dr. A.D. Sajnani said that it has been an honor for KIHD and City District Government Karachi that the institute has been recognized for cardiac teaching. This is the result of continuous efforts by City Nazim Syed Mustafa Kamal who had taken unprecedented steps for improvement in health sector during last four years. He said that despite of facing worst financial constraints City Government has managed to fulfill all requirements of its hospitals and medical institutes. Principal KMDC Dr. Waqar Kazmi said that the establishment of a well standard cardiac institute was a big achievement of city government. He said that the institute has been equipped with such a latest machinery that was not available at even private hospitals in Pakistan.

Renowned cardiologist Professor S.M. Rab in his address said that Karachi is a big city and the only cardiovascular institute had proved not enough for the requirement of the heart patients from every nook and corner of the city. He said that the institute was in fact like a dream come true for the people and it would surely serve the ailing humanity in a big way. He advised the students to take their studies seriously and set up new examples of excellence in this profession. He said that present was an era of latest technology and must have to equip ourselves with the latest technology. City Nazim Coordinator for Health Affairs Masood Naqi said that the present city government has taken exemplary steps in the health sector during last four years. The completion of second phase of KIHD has so far cost Rs600million.
Posted by Chief Editor at 10:58 PM No comments: Links to this post