Over 300 flour sacks seized in Karachi 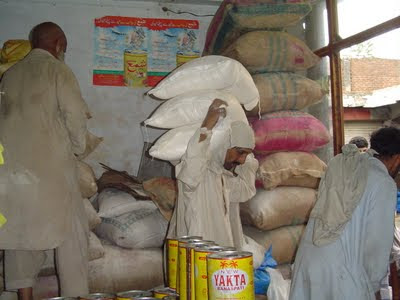 The secret information Karachi police sought on late Thursday helped them raid and recover over 300 sacks of flour meant to be sold on cheap prices under the Prime Minister Scheme from Mosa Colony area. The flour bags were hoarded in a private godown, a private TV reported.
According to SP Gulberg Town Naveed Khwaja raided a godown located in a house and recovered as many of 300 sacks of flour of 10-kg bag each, while arresting the owner identified as Khizir Hayat. The arrested person claimed to have had close links with a political party while police said they have launched investigation having registered case against him.
Posted by Chief Editor at 5:19 PM No comments: Links to this post