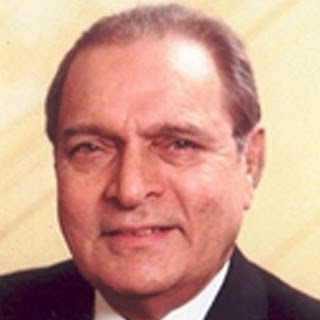 The visionary as well proactive approach of its promoters, Ahmed E H Jaffer Foundation, is set to make The Hub School, a not-for-profit boys’ boarding school a model educational institution.

The school started its operations with 50 boys a few months ago much to the delight of the great Abdul Kader Jaffer, a man with the Midas touch, who is leading the project.

The inaugural batch of 50 students from all over the country set the ball rolling as The Hub School, situated on the outskirts of Karachi in the vicinity of Northern Bypass near Sindh-Balochistan border, aiming to forge a national identity and consciousness by fostering close links and cooperation amongst all students as Pakistanis.

"Besides creating a middle-class for future good leadership and good governance in all fields, The Hub School will also produce young boys with character, discipline and integrity for a better world and a better and more prosperous Pakistan,” Abdul Kader Jaffer, the present President of the Ahmed E H Jaffer Foundation and a former Pakistan's High Commissioner to UK, remarked in an exclusive interview.

“By the Grace of Almighty Allah, The Hub School has become operational and the classes have commenced. We have begun our journey with special prayers for the prosperity of the country, school and for the wellbeing of our respected donors,” Abdul Kader Jaffer, President of The Hub School, who has also headed the English Speaking Union of Pakistan (ESUP), stated

He informed that after return from UK on completion of his assignment as Pakistan High Commissioner from 2000 to 2003, he had been working on this most challenging task of setting up a boarding school initially for 135 boys to be gradually increased to 800 boys in the next 5 years, followed by a boarding school for girls and finally a University of national stature on 240 acre of land donated by the family besides Rs 50 million in cash.

According to him a dormatory for 135 boys is in use while another dormatory for 135 girls will be ready by next year to start boarding school for girls which will start from next academic calendar in August 2017.

“The Hub School is the first boarding school in this area which will provide quality education to all on merit. We believe providing quality education to our youngsters is the only viable alternative to curb extremism and to produce leadership in all fields from young men and women who are broad-minded and enlightened,” Abdul Kader Jaffer, who founded the Ahmed E H Jaffer Foundation in 1996, observed. 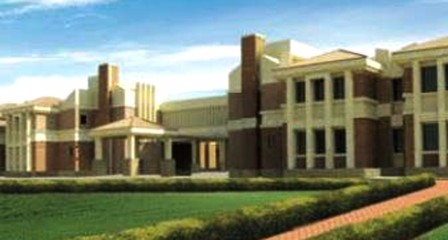 “It is our mission to provide quality education to our younger generation at the Hub School as per the high standard available in USA & UK. I am sure we will be able to achieve these objectives with the kind and generous support of all our friends, relations and well-wishers both in Pakistan and abroad,” he added.

The objective of the Ahmed E H Jaffer Foundation is to work mostly but not limited to in the fields of education, healthcare and sports and for this purpose raised a fund of over Rs 800 million from generous donors in Pakistan and abroad, AKJ stated.