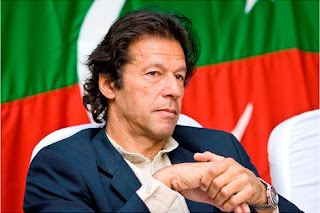 Jalsa at Mazar-e-Quaid will prove that Karachiet doesn’t want hatred & terrorism but all they want is Peace & Unity which they have been deprived from decades, said by Insaf Students Federation (ISF) Karachi representatives at a special meeting arranged regarding the preparations of Grand Jalsa in Karachi. ISF Karachi President Arsalan T. Ghumman said that since many decades political organizations have spread hatred for their political gains among the citizens of Karachi which resulted loss of thousands of human lives but now people of Karachi have awaken and they have rejected the mafias spreading hatred and they want Peace & Unity. He further said that it will be the gathering  f all the citizens who wants to bring back the lost happiness of the past and also owns Karachi. In the exclusive meeting General Secretary of ISF Karachi announced the names of the committees formed for Jalsa preparations and told that after the Moharram Ashurra preparations of Jalsa has started. He also informed that ISF Karachi will establish more than
15 awareness camps across the city. ISF Sindh President Alamgir Khan also attended the meeting to monitor the on-going preparations. Alamgir Khan said that the wave of change has reached Sindh province and Karachi Jalsa will prove what Pakistan wants. He stated that Imran Khan is a national leader who has an ability to unite the people of Karachi and students & youth of Karachi will follow him in this mission.
Posted by Chief Editor at 10:16 PM