SELECTED ESSAYS ON DRUG ABUSE, SENT TO PRESIDENT OF PAKISTAN 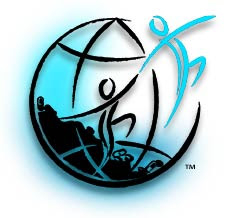 Foundation for a Drug Free World is an International non- profit organization, working globally to raise awareness among the youth regarding the consequences of drugs through extra curricular activities. Foundation recently launched International Essay Competition in which, more than 1200 individuals and 900 institutions participated from all over Pakistan. The first winner received cash prize, while all the top position holder received awards and International Certificates.

On this occasion, Pakistan Coordinator, Munir Moosa Sewani said that Foundation for a Drug Free World has taken the responsibility to educate youth about the hazardous consequences of drugs. He said that around 7 million people are engaged in drug addiction in Pakistan and that drugs are now very common among students in the form of cigarette, sheesha and beetle nuts. There is no such law to ban drugs in public places, transportation and parks. He further added that although many NGOs are working in Pakistan to combat drug abuse, but unless we educate our children, we cannot expect a safe future. He further added, print media has played a pivotal role in raising awareness to curb drugs abuse on several occasions which is applauded. thanked President of Pakistan for doing great in raising issues of drug abuse.

Pascal Cottier, Judy Shervill and Tom Pacquitte said that the issue of drug abuse has been raised by Foundation for a Drug Free World in Pakistan from a grass root level because children are prone to drugs. They further explored that productivity and competitiveness of youth can be enhanced through such activities.
Posted by Chief Editor at 9:40 AM Links to this post 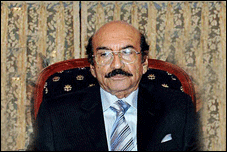 A national conference on community development would be organized at a local hotel on March 8.An announcement on Saturday said that the three-day moot would be held under the auspices of the Department of Sociology, University of Karachi, in collaboration with HANDS.

It said that there will be scientific session on health, education and poverty alleviation on March 9 and 10 at Karachi University. The theme of the conference is “Women Empowerment is the key to Development”.The Chief Minister of Sindh, Syed Qaim Ali Shah, has been invited to be the chief guest at the inaugural session of the moot, the announcement added.
Posted by Chief Editor at 9:26 AM Links to this post

A man was booked for stabbing his wife to death over suspicion of illicit relations at Rehri Road, Muzaffarabad Colony in the limits of Quaidabad police station on Friday night.

Police said the incident occurred at a slum locality where victim Aneela, 22, used to live with her husband Asad.

Station House Officer (SHO) Irfan Meo said the deceased got married to Asad two years ago and had no children, adding that her husband with the help of relatives killed the victim. Police found the body after the local residents of the area informed them, he added. Her body was shifted to Jinnah Postgraduate Medical Centre (JPMC) for legal formalities.

Police said that the victim may be killed over suspicion of illicit relations however, a case 253/10 was registered under section 302/34 against Asad and his relatives.

The victim hailed form Hazara while Asad is from Mardan. Further investigations are underway.

Separately, police found a body of a person from the bushes who had died by an overdose of heroin at Ghareeb colony in the limits of Malir City police station. The body was shifted to JPMC for legal formalities after which it was shifted to Edhi Morgue for identification. (DT Report)
Posted by Chief Editor at 8:57 AM Links to this post