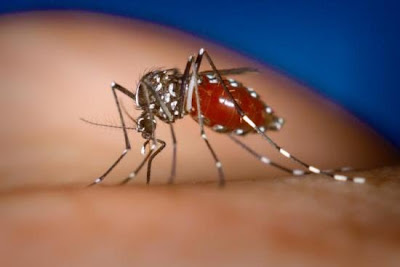 Sindh Minister for Health Dr Sagheer Ahmad has confirmed that four cases of dengue fever have been reported at two hospitals in the city.

Three dengue patients have reported at the Patel Hospital and one at the Sindh Government Hospital, Saudabad, Dr Sagheer Ahmad said on Monday.He said the dengue surveillance cell was functioning at the provincial health department with Dr Tariq Shaikh acting as its focal person.

He held out the assurance that his department was fully prepared to cope with the dengue virus in a better way than it had been done last year.

He said the city government had undertaken a fumigation campaign and hospitals had also been put on an alert.
Posted by Chief Editor at 9:40 PM No comments: Links to this post