The subway trains in Beijing were testing a smart service system that included inspection cameras and LED windows showing useful transport information to passengers as country was swiftly recovering from its past glories following Coronavirus (COVID -19). 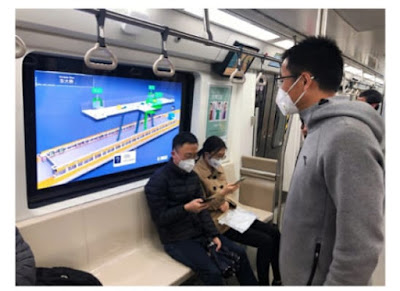 The system, called Intelligent Passenger Service System, provides convenience and care services for passengers, according to its developer.
As part of the system, some high-definition cameras are installed in train carriages, used to capture passengers' unusual conditions, such as whether they are wearing face masks or if somebody falls in a faint or waves for help, Li Yujie, deputy head of Beijing Subway's Technical Department has said.
High-definition screens also can be seen from areas over the train's doors, showing different information, including lines and the degree of crowding in neighboring carriages.
Also, the train's windows, combined with LED panels, can dynamically show current locations, subway routes and maps of incoming stations.
"For example, passengers can see where toilets, elevators and exits are at the next station, and also what commercial facilities the station is close to," Li said.
The windows are actually being called as magical windows by passengers who have experienced the train. “The smart systems and functions will be further improved in the future”, he promised.
Posted by Chief Editor at 5:11 PM

Apprehending that number of COVID-19 was going to increase in Sindh in the coming days, the Sindh Institute of Urology and Transplantation (SIUT) on April 3 hinted it will have to expand its existing care facilities for coronavirus positive patients significantly.

A SIUT press release issued on April 3 said that the institute will need further ventilators and intensive care facilities to meet the future load of corona positive patients.
The communication was not clear about the availability of the required resources or new equipment, however, a source in the institute said that anyone can help in such an emergency situation. “Like past, it can be government or philanthropists.” 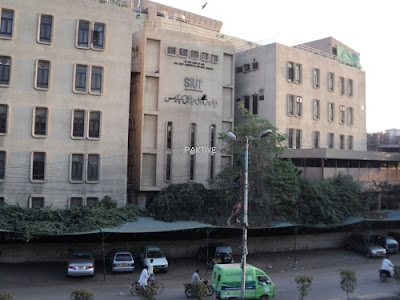 The SIUT had started an exclusive coronavirus clinic on March 18, inviting its registered patients as well as the general population suspecting the viral disease within them to report to the clinic for related screening. According to the press release, said that reporting of the suspected cases had been extraordinary. “Till date about 3,600 patients have been screened, of which 25 tested positive for coronavirus.”
It was said that coronavirus has completely paralyzed the entire world, having created a sense of insecurity and helplessness. The countries considered most developed economies, whose priorities were wars and weapons, are struggling to cope with the pandemic now.
“Now when they are in grip of the corona pandemic, their health infrastructure appears completely shattered. They are short of ventilators to save their ailing populations,” the SIUT communication noted. 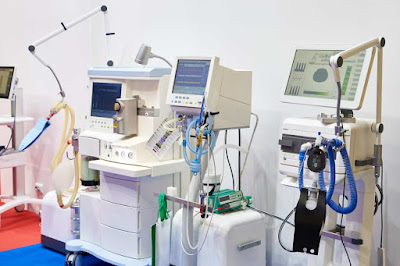 The SIUT mentioned that when the corona pandemic started in Pakistan, preventive measures were half-hearted there, except in Sindh. “Our health facilities are already meager and not in position to face this disaster so the nation needed coordinated and prompt measures to face this challenge.”
In the given condition the SIUT started playing the front line role in serving the humanity, the press release said further, highlighting that of the patients tested positive for coronavirus nine with minor symptoms were advised home quarantine, 11 were admitted in isolation ward, while five were admitted in the ICU who needed ventilator support.
“In the coming days we will need more and more ventilators and ICU facilities,” the communication concluded.
Meanwhile a SIUT personnel said that institute’s coronavirus Helpline (021 99215469) was also playing an important role in assisting public round the clock, where doctors provide them information about preventive measures and guidelines.
Posted by Chief Editor at 5:09 PM

The Jinnah Sindh Medical University (JSMU), Karachi, has introduced a free online training course for doctors dealing with COVID-19 pandemic situation in the country.
The JSMU Vice Chancellor, Prof Syed Muhammad Tariq Rafi, in a statement revealed that the online course addresses the dual challenges of keeping the healthcare providers abreast with the management practices of the coronavirus and ensuring their own safety as the battle the coronavirus on the front lines
The two-hour duration course in question, which is available free of cost on www.jsmu.edu.pk has been prepared by JSMU Institute of Family Medicine and APPNA Institute of Public Health.
Posted by Chief Editor at 5:08 PM 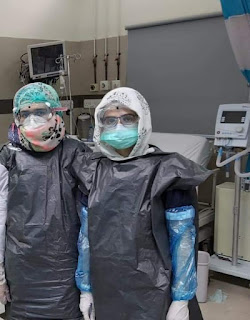 The Pakistan Islamic Medical Association (PIMA), Karachi chapter has expressed concerns over the 10% deduction from salaries of healthcare providers by the Sindh government.
In a statement issued by the PIMA Karachi President, Prof Muhammad Azeemuddin, it was observed that doctors were fighting as front liners against the coronavirus and decision to exercise a cut on their salaries was unjust.
It was further noted that unlike the Sindh government, the Punjab government has announced an additional one month salary for doctors.
The PIMA demanded an immediate release of salaries and stipends of house officers and postgraduate students and also warned that if the proper and standard protection is not provided to the courageous soldiers (doctors and other health staff), the health system would totally collapse.
The PIMA also condemned the private hospitals and medical centres, which were reportedly deducting salaries of their staff with an excuse of lowered workload and lesser income.
Posted by Chief Editor at 5:07 PM

The number of coronavirus infected districts in Sindh increased to 11 as the virus affected at least 10 persons in Ghotki, Jamshoro, Badin and Tando Mohammad Khan, while the total reported cases remained 830, with three new deaths on April 3.
According to the Sindh health department data, three new deaths include one of a 54-year-old man, who had contacted the illness locally, and died in a Hyderabad hospital. The person had a neurological disorder also and was tested positive for the virus on April 3, according to the Sindh Health minister, Dr Azra Fazal Pechuho.
Earlier, the health authorities confirmed death of two Karachi residents due to the virus infection on April 3. The patients, aged 82 and 60 years respectively, had severe comorbidities and tested positive on April 1 at two different hospitals of Karachi, said a source, adding that they deceased had acquired the infection locally.
As such, the death toll due to coronavirus reached to 14 on April 3 with 11 deaths in Karachi and two in Hyderabad. The overall rate of corona infection in Sindh remained 10.38 per cent, 830 tested positive out of 7,992 suspect cases.
According to official data, new cases were reported on April 3 at Karachi (44), followed by Hyderabad (15), Tando Mohammad Khan (5), Ghotki (2), Jamshoro (2) and Badin (1).
The district wise tally of positive corona patients across the Sindh came on April 3 as: Karachi-380, Sukkur 273, Hyderabad-152, Larkana-7, Shaheed Benazirabad-6, Tando M Khan -5, Ghotki-2, Jamshoro 2, Dadu-1, Badin-1, and Jacoababad-1.
Posted by Chief Editor at 5:03 PM 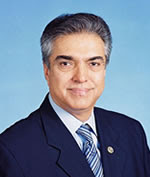 Renowned businessman and philanthropist, Aziz Memon, has welcomed the government’s decision to allow the textile industrial units to complete their orders in hand during the current period of lockdown.
“Granting permission to the textile export industries to complete orders in hand is a move in the right direction,” Aziz Memon, Chairman, Kings Group of Companies, remarked in a brief chat with PNFS on April 3.
According to the notification issued by the Commissioner of Karachi, in pursuance of the home department of the Government of Sindh, only the exporting manufacturers have been allowed to process their goods out of their industry whereas no new manufacturing of non-essential items is allowed during the lockdown.
Posted by Chief Editor at 5:02 PM