Investing in adolescent health and wellbeing could transform global health 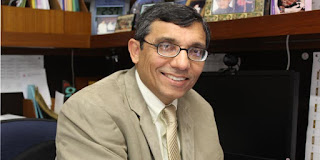 The Commission brings together 30 of the world’s leading experts from 14 countries, including Professor Zulfiqar A. Bhutta, Founding Director of the Aga Khan University’s Centre of Excellence in Women and Child Health and co-Director of the SickKids Centre for Global Child Health in Toronto, and two young health advocates, led by four academic institutions: the University of Melbourne, Australia; University College London, UK; the London School of Hygiene & Tropical Medicine, UK; and Columbia University Mailman School of Public Health, USA.

“Given the burgeoning number of young people in Pakistan, both boys and girls, it is imperative that they play an active role in national development, supported by the requisite freedoms, rights and access to education and empowerment. Only by fully engaging and supporting our youth can Pakistan achieve its full potential,” Professor Bhutta reckoned.

The report says that two-thirds of young people are growing up in countries where preventable and treatable health problems like HIV/AIDS, early pregnancy, unsafe sex, depression, injury, and violence remain a daily threat to their health, wellbeing and life chances. 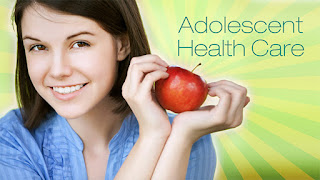 Evidence shows that behaviours that start in adolescence can determine health and wellbeing for a lifetime. Adolescents today also face new challenges, including rising levels of obesity and mental health disorders, high unemployment and the risk of radicalisation.

Adolescent health and wellbeing is also a key driver of a wide range of the Sustainable Development Goals on health, nutrition, education, gender, equality and food security, and the costs of inaction are enormous, warn the authors.

“This generation of young people can transform all our futures. There is no more pressing task in global health than ensuring they have the resources to do so. This means it will be crucial to invest urgently in their health, education, livelihoods, and participation,”  the Commission’s lead author Professor George Patton, University of Melbourne, Australia, noted.

Adolescents aged 10–24 years represent over a quarter of the population (1.8 billion), 89 per cent of whom live in developing countries. Their number is set to rise to about 2 billion by 2032. Adolescence is a critical time of formative growth and brain development second only to infancy.

“Puberty triggers a cascading process of brain development and emotional change that continues through to the mid-20s. It brings a different and more intense engagement with the world beyond an adolescent’s immediate family. These processes shape an individual’s identity and the capabilities he/she takes forward into later life. It profoundly shapes health and wellbeing across the life-course,” Professor Patto explained.

Although global health efforts have been successful in improving the health of children under 5 in the past few decades, this has not been matched by a similar response in older age groups. 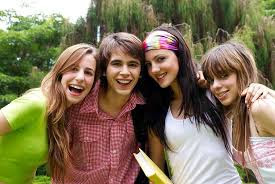 Although global mortality has fallen for young people aged 10–24 years since 1990, the pace of decline has been slower than in younger children, especially for males, according to a major new international analysis of findings from the Global Burden of Disease project led by the Institute for Health Metrics and Evaluation at the University of Washington, Seattle, USA, published alongside the Commission.

The IHME analysis reveals that HIV/AIDS, road traffic accidents, and drowning caused a quarter of deaths in 10–14 year olds globally in 2013, with diarrhoeal and intestinal infectious diseases, lower respiratory infections, and malaria contributing to a further 21 per cent of deaths.

It is crucial to involve young people in transforming their wellbeing, personal development, and health, the authors said.

Digital media and new technologies offer remarkable opportunities to engage and empower young people to drive change. There is also a pressing need to ensure that all young people have opportunities and access to universal health coverage regardless of age, gender, sexual orientation, and marital and socioeconomic status, particularly the marginalised.

“Adolescents can be key driving forces in building a future of dignity for all. If we can make a positive difference in the lives of 10-year-old girls and boys today, and expand their opportunities and capabilities over the next 15 years, we can ensure the success of the SDGs. For me, the acronym “SDG” also stands for “Sustainable Development Generation”, and sustainability means engaging future generations today.”

The Commission authors made several recommendations to improve prospects for adolescent health and wellbeing echoing those of The Global Strategy for Women’s, Children’s, and Adolescent’s Health launched in September, 2015, leading with the urgent need to expand access to free secondary education; get serious about the laws that empower and protect adolescents such as guaranteeing 18 years as the minimum age for marriage; and continue gathering better evidence for action particularly around mental health and violence.

Other recommendations included collecting and reporting on a minimum set of priority indicators for adolescent health reflecting the burden of disease and risk factors, and for robust, transparent governance and accountability for adolescent health.
Posted by Chief Editor at 6:18 PM Links to this post 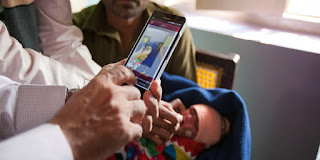 Routine immunization rates have been falling in Sindh from 37 per cent in 2006-07 to 29 per cent in 2012-13. This is one of the reasons behind polio endemicity and is leading to outbreaks of deadly preventable childhood diseases such as measles. Other diseases covered by routine immunization are hepatitis B, pneumococcal infections, diphtheria, tetanus, and pertussis.

According to the project lead for this component Dr Shehla Zaidi, Associate Professor, Women and Child Health Division, Aga Khan University, the main bottlenecks were low accountability of routine immunization, children often getting missed for vaccination at health facilities, insufficient visits to villages by vaccinators, and little efforts at routine immunization awareness even by the health workforce on ground.

Above all, the vaccination reporting was not verified, the numbers reported by government’s EPI are much higher than that by the national Pakistan Demographic and Health Surveys, showing the gap in performance accountability. So the project used strategies that can be sustained by the government, involve little cost and do not involve additional manpower.

The breakthrough came by focusing on performance accountability of vaccination, monitored independently through a smart phone android application. Named Teeko, the app was designed with the Aga Khan Development Network e-Health Resource Centre in Karachi.

It monitors the number of children being immunized, vaccinators’ movement, vaccine stock available at union council with real data instantly available for checking at district and provincial level. And the district took action by suspending low performing vaccinators and publically appreciating well performing ones.

Single window system was put in place at basic health units and rural health centers so that every child who comes in is screened for vaccination status, at colorful child friendly EPI rooms. All frontline health staff from doctors to dispensers to lady health workers got trained to actively counsel and referred children for immunization.

The team also planned together for monthly achievement of union council targets. Communication to community was improved through one time, sustainable measures. Demand generation messages were sent to all mobile phone users for children registration, and local FM radio broadcast jingles. The innovations were designed in close collaboration with Sindh EPI, implemented through the district government and with input from UN agencies.

“At the same time, we had a high number of vaccinations reported that didn’t match the actual disease outbreak numbers. As the three month roll-out results show, there is instant online reporting of children under one-year-old vaccinated against targets, static and outreach performance, as well as details of under-performing and over-performing union councils,” Dr Shehla Zaidi added.

District officials and legislators have welcomed the new planning and monitoring systems and are aware of the efforts that have been invested in the project.

“A major challenge for the district administration will be to sustain the progress we have made after the project is over,” Agha Abdul Raheem, Deputy Commissioner, TMK., observed.

“The real-time performance monitoring has been the major driver and can be taken over by EPI Sindh at very little additional cost and incorporated in its upcoming expanded EPI support," Dr Shehla Zaidi reckoned.
Posted by Chief Editor at 6:15 PM Links to this post