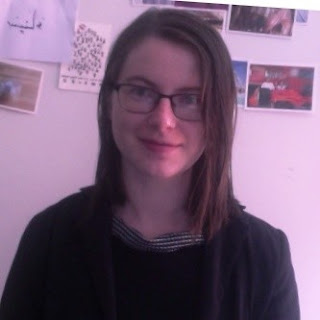 The omnipresent "thumbs up" sign has become an integral part of all forms of social media websites, from Facebook itself to Linkedin, Twitter, the fitness tracking site MyFitnessPal and language learning sites.

Though Facebook has evolved "likes" to include "reactions," there is a consistent theme of judging the content of your posts by how many "likes" you receive. "Likes" can be thought of as a simple barometer of approval.

You post baby photos on Facebook and 50 of your friends like it. You make a poignant statement on Twitter and someone retweets it. You find a picture and write an article post on Linkedin. Upon seeing the "likes" start to trickle in, you get a buzz of social approval.

Interestingly, the need for social approval, something which before the "like" button, social networking or the internet, used to either occur face-to-face and with other factors in play.

With the "like" button, there are no nuances of face-to-face interaction. You know they hit "like," but you can't necessarily know why. Maybe people clicked "like" because they were in a good mood.

Maybe they bumped the thread because they disliked something you said and want to come after you.

Maybe there is some idea in your post that they wanted to save without caring about other things that you do. Another result of the "like" button is the speed.

Because you can post things immediately, you can respond immediately trends in your audience, particularly if you use all the free trend analysis software available for virtually all the social networking sites.

On my Quora site, I noticed that after writing several articles, all with varying rates of writing quality and time put into them, it was controversial politics topics where I got the most views.

Media has changed, but people still love a good old fashioned sensation. But at what cost? Are people's attention spans decreasing because there is less of a need to put thought into what they do, or are their attentions too shallow because they are spread over so many different topics and platforms?

It is in the interests of many websites to get people "hooked" on their website and pay for yearly subscriptions to use and/or share more specialised content such as language lessons and weight loss regimens.

Because social networking sites are structured in a certain way, they encourage you to think in a certain way. In facebook, if you want feedback on anything, it's like lowering a bait into the water and waiting for the fishes to bite.

It's an almost passive manner of expressing yourself. You have some idea of what you think your friends will like and you tentatively prepare the content with certainty about what the result will be.

This is why, even though it has been done hundreds and thousands of times before with superior lighting, angles and reasons to post it, people keep posting the very same dishes, because there is an illusion of some kind of success.

The illusion of "likes" is that it is actually very easy to get thousands of likes but if they are from the wrong people it means nothing.

I post things on social media because I want to keep track of things I like and find interesting.

Because I post unique things, not things that are guaranteed to get plenty of likes, I learn things about my friends.

I shared an emotional story about a specific aspect of mental health, and I found out who amongst my friends sympathised with that because they also have that issue or support a close friend or family member who have it.

In today's society, we are so scatterbrained with the myriad of things that we have to think about. I usually find success with Social Media when I focus on a single topic. Topics are great because they are usually tags and can be found in all kinds of search engines.

For every topic, there are a definite number of users, likes and any other statistic you can think of. Everyone has varying levels of interest with every topic, which is important to consider depending on whether you're trying to sell something, build a network, learn a language, socialise, rally support or crowd fund.

Some people are more focused than others, but it is the focused people, not the unfocused people, who will pay for memberships, organise activities and do work. So want more positive engagement from your social networking sites? Forget "likes."

**The writer is based at Acton, Australian Capital Territory, Australia.
Posted by Chief Editor at 12:57 PM Links to this post