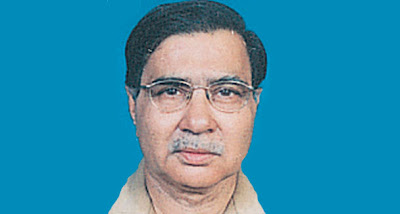 The deceased was born on December 8, 1943 and left behind a widow among others to mourn his death.

Late Ghausi had served various newspaper organizations including the Pakistan Press International (PPI), Morning News, The Sun and Business Recorder. He remained associated with the Daily Dawn for almost past two decades.

He was considered as one of the finest commerce reporters in the country.

Late Ghausi had served as the president of the KPC four times and had once remained its secretary besides holding other posts.

He was also elected as the president and general secretary of the Karachi Union of Journalists (Barna group).

Late Ghausi always remained in the forefront for the struggle for the freedom of the press.

His `Namaz-i-Janaza’ was offered at Masjid-i-Ghafooria in Garden East here after the `Zuhr’ prayers.

The president and secretary of the KPC, Imtiaz Ahmed Khan Faran and A.H. Khanzada have expressed deep sorrow and grief at his death.

They recalled the deceased’s immense services for the cause of journalism in the country as well as the journalist community and that these would be long remembered.

They also prayed Almighty Allah to rest the departed soul in eternal peace and grant courage and fortitude to the bereaved family to bear this irreparable loss.

Chancellor Sir Syed University of Engineering and Technology, Z.A. Nizami has expressed his profound grief over the sad demise of Sabihuddin Ghausi.

PFUJ in a statement said Ghausi was not only an outstanding journalist but a committed trade unionist who dedicated his life for journalism and for the welfare of his community. Ghausi went to prison during the journalist movement against General Zia ul Haq in 1978.
“With his death PFUJ lost one of the committed trade union leader and thorough professional,” it said.

PFUJ expressed its profound grief with the family and friends of Sabiuddin Ghausi.

Posted by Chief Editor at 5:44 PM No comments: