Karachi faced a shortage of 120 mgd in the supplies made to the city following the disconnection of power supply to the pumping stations of the Karachi Water & Sewerage Board (KWSB) and the situation could go from bad to worse if the Karachi Electric Supply Corporation (KESC) remained adamant in restoring electricity to pumping stations.
“There is every possibility that a severe crisis situation may arise in the city due to water shortage as a result of KESC’s action,” Qutbuddin Shaikh. Managing Director, (KWSB), warned.

He said that schedule of water supply was badly affected due to shut down of power supply to pumping stations and if this continues, a volatile situation among citizens may erupt and particularly during the weekend when water consumption increases.

He pointed out that the KWSB was already faced with water shortage but KESC’s such behaviour could further worsen the situation making it difficult to maintain equitable supply of water. 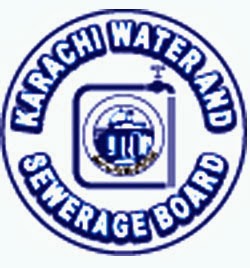 Qutbuddin Shaikh reminded that the KWSB is a public utility organization which has been supplying water on a very nominal rate on no profit no loss basis.

He said although there is very low rate of recovery, still the KWSB was supplying water notwithstanding its limitations and KESC should keep the interest of people in view.

He said that the KESC should approach the Provincial and Federal Governments for settlement of its dues instead of punishing the citizens. He hoped that the KESC will make contact at government level instead of resorting to an extreme action.