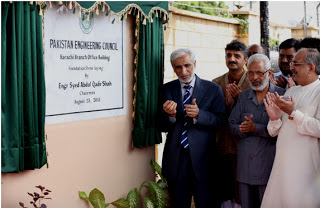 The Chairman of the Pakistan Engineering Council (PEC), Engr Syed Abdul Qadir Shah, laid the foundation stone of new building of PEC Branch Office in Karachi.
After laying the foundation, he also addressed a gathering at the site situated near Clifton. He said that the number of registered engineers and constructors in Karachi was more than any other city of Pakistan and the infrastructure/facilities needed to be developed to facilitate the large number of engineers residing in the commercial hub of Pakistan.
The PEC Chairman said that strengthening of branch office will not only benefit the people of Karachi but will also help in facilitating the engineering community of neighboring regions of Karachi.
Engr Abdul Qadir Shah reiterated that the primary mandate of the PEC was to regulate the engineering qualification and work for the betterment of registered and professional engineers.
He expressed the hope that the new building will become a second home for engineers. He also remarked that the PEC would continue to serve the nation as per the high standards set in its objectives and will play its due role in the development of the Country.
Engr I A Osmani, Senior Vice Chairman, Engr Mukhtar Shaikh, Vice Chairman (Sindh), Engr. Khadim Hussain Bhatti, Registrar of PEC, Engr G R Bhatti, Advisor PEC Karachi ,and other prominent engineers from different organizations of public and private sector were also present on the occasion.
Posted by Chief Editor at 10:58 PM 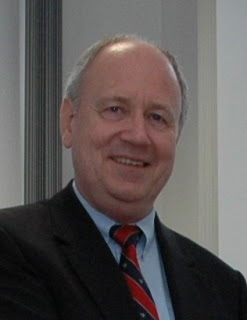 The Sir Syed University of Engineering and Technology (SSUET), Karachi, organized a highly informative workshop and seminar on the topic of ‘Biomechanics of Contractile Proteins’ recently.

On the occasion Prof Dr Joachim W Herzig, the visiting scholar from Germany, gave a detail presentation on the topic which continued for about two and a half hours. The session was attended by the faculty members of biomedical department of the SSUET, experts and students.

Prof Dr Joachim, who is also a consultant to a number of pharmaceuticals companies on biology and human science, is acclaimed as an international authority in his field and advisor to number of Universities and research institutions.

In his presentation he compared genomics of humans and animals. He gave an overview of muscular movement, muscular structure and functions. In this regard he cited examples to show how mosquitoes fly using his wings, which are functions of his body organs which expands and contracts.

He showed that a normal mosquito wings stretches 200 times per second and that makes mosquitoes to fly. In this regard he quoted an example of human body that needs proteins and dissolve into energy for motion in the body.

He cited the example of how a man stretches his arms and what chemical reaction takes place inside the body. He took names of number of agents and re-agents that help in dissolving proteins and calcium in human plasma that enables a man to move.

Dr Joachim pointed out that it is an extraordinary field of human research and all major pharmaceutical companies are concentrating on producing medicines and chemicals that can help human body to do work and move.

He quoted human hearts which, he said, contracts and expands as an example of myosine and proteins. He said that upon expansion, human heart receives blood and on contraction it circulates blood in human body. The tissues of heart are made to function like this with the help of myosine, calcium and protein. He invited researchers from Universities and institution to focus in this area of human bodies functioning, its longevity and age and observed that perhaps quality of life is likely to improve to a great extent.

He is currently on a visit to Karachi for about a month and his lecture/talks in many Universities are available on web and anyone interested can download and start further research in this area that has great potential.

The guests on the occasion included Dr Shahida Qaiser, currently working as Managing Director of a pharmaceutical firm and Mr Pervez Hayat Noon, who is highly educated widely travelled and currently holding a reputed pharmaceutical company in Pakistan.

Earlier, the SSUET Registrar, Engr Abrar Ali, gave a thorough introduction about SSUET and said that it presently has over 5500 students on its roll studying in the disciplines of Computer, Electronics, Bio-Medical, Civil, Telecom Engineering and Computer Science.

On the occasion the Chancellor and the Vice-Chancellor presented bouquets to the visiting professor from Germany.

The field of Bioinformatics is multi-disciplinary. With informatics providing enormous computing powers to the bioscience processes, bioscience firms are readily allowing the expansion in their IT infrastructure for R & D operations.
Posted by Chief Editor at 10:49 PM 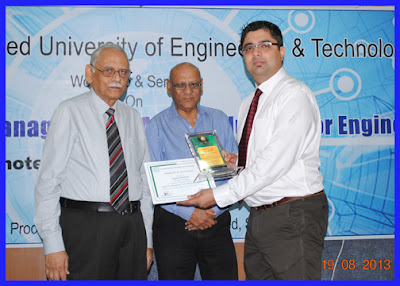 The concept of supply chain management, a new concept which is going to prove beneficial for engineers-in-making when they enter the practical life and come across with industrial and commercial businesses, was highlighted at a one-day seminar organized by the Sir Syed University of Engineering and Technology (SSUET), Karachi.

“It is a new a new field with wide applications to be applied by upcoming engineers when they enter the practical arena,” Engr Noman Ali, the visiting Regional Manager, Seimens, Saudi Arabia, pointed out in a detail presentation on the topic.

He described  supply chain management as an integrated process that spans the movement of and storage of raw materials, inventory and finished goods from point of origin to point of consumption.

“It is the design planning and execution, control and monitoring of supply chain activities with the objective to ensure efficient and effective use of time and resources by avoiding wastage,” Engr Noman explained adding that the ultimate objective aims to come up to expectation of customers and achieve the set  targets.

The topic was particularly relevant to the students of final year who, he said,  would soon enter  practical life where knowledge of supply chain management would be quite beneficial to them.

Prof Dr S M Makhdumi, Dean Engineering, announced that in view of importance of the subject the SSUET would consider starting a short course on supply chain management in the near future.

Action demanded against irregularities in homeopathy 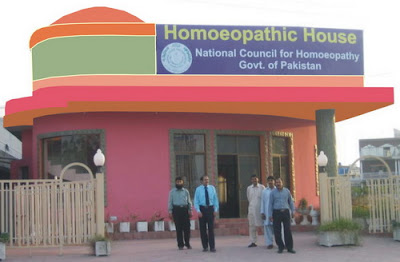 Former Acting President, National Council for Homeopathy, H.Dr Jawed Hussain Shah, has urged upon the concerned authorities to take immediate notice of rampant irregularities in Homeopathy and the falling standard of Homoeo education.

He reiterated his demand that the authority for conducting Homoeo examinations be with drawn from the Council and entrusted to some Board or University to bring an end to ongoing irregularities and corruption.

He pointed out that the Homeo examinations which were due to start from June 20, 2013 had to be delayed because of the in fight going on for occupying the chairmanship of Examining Body of National Council of Homeopathy and now these are expected to commence from August 20.

H.Dr Jawed Shah observed that the quality of examinations has become sub-standard and non-transparent because of  acting Registrar and Acting Controller of Examination while the government-nominated Chairman was not allowed to function by a section of people having vested interests.

He said that majority of Council members are those who owns Homeopathic Medical colleges and are responsible for falling standard of homeopathic education.

He demanded of all the Provincial authorities to setup raiding teams to check use of unfair means during Homeo examinations as well as the activities of  ‘booty mafia.’

He said that those examination centres be sealed  where use of unfair means may be allowed and the colleges involved therein be black-listed. 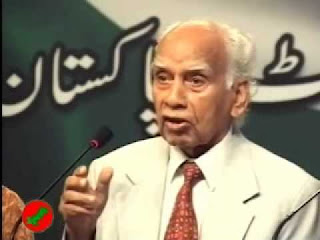 Eminent writer, scholar and critic, Prof Dr Farman Fatehpuri, passed away in Karachi on August 3. His funeral prayer was offered at Masjid Khulafa-e-Rashideen, 13-D/1, Gulshan-e-Iqbal, and he was laid to rest at the Karachi University's graveyard.

He has left behind two sons and four daughters to mourn his death. One of his sons, Engr Syed Abrar Ali, is presently the Registrar at the Sir Syed University of Engineering & Technology (SSUET), Karachi.

In their condolence messages, they paid rich tribute to the great writer for his contribution toward the promotion of the cause of Urdu, noting that the literary world has lost one of its most versatile personalities. They prayed to Allah to rest the departed soul in eternal peace and grant fortitude to bereaved family to bear the irreparable loss.

Prof Dr Farman Fatehpuri was acclaimed as an outstanding Urdu linguist, researcher, writer, critic and scholar. He was widely regarded as the supreme authority on life and work of Mirza Asadullah Khan Ghalib, the greatest-ever Urdu poet. He is credited to have penned more than 300 scholarly articles, 600 book reviews and 400 editorials of Nigar. He received Sitara-e-Imtiaz, for his literary accomplishments, from the Government of Pakistan in 1985.

He was born on January 26, 1926 in Fatehpur, Uttar Pardesh, India. He did his matriculation in his Fatehpur, intermediate from Allahabad and graduation from the Agra University. He had migrated to Pakistan in 1950 and relocated in Karachi.

He became the first Pakistani to earn the prestigious degree of Doctorate in Literature in 1974. He remained associated with the University of Karachi for more than three decades, having produced numerous PhDs and researchers. He was then appointed as the Chief Editor and Secretary of the Urdu Dictionary Board.

He also served as a member of the Civil Services Board of the Government of Sindh. He became the editor of the monthly publication, Nigar the oldest Urdu literary journal, founded by Farman's mentor, Allama Niaz Fatehpuri.

He had special association with the legendary Sir Syed Ahmed Khan and hardly ever missed a function organised in his memory by the SSUET.