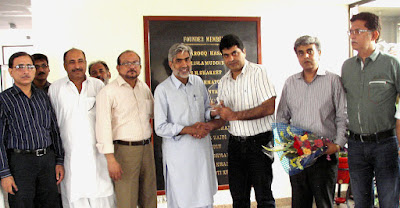 The rehabilitation of Katchi Abadies was discussed in length in a meeting between the top officials of the Association of Builders & Developers (ABAD) and the government officials held at the ABAD House in Karachi.

Hassan Bakshi highlighted the plan and programme of the ABAD for the rehabilitation of Katchi Abadies though Special Development Board.

He said that the laws of board have been passed by the Sindh Assembly and ABAD needed protection by the Government of Sindh for rehabilitation of Katchi Abadies. The ABAD Chairman added that the Special Development Board was designed as a local planning authority to provide all the requisite approval for redevelopment of Katchi Abadies under one roof.

Hassan Bakshi observed that the majority of Katchi Abadies were being used as the hideout of criminals, pointing out that the crime was increasing and registering growth due to Katchi Abadies.

Nawaz Shaikh, Secretary KA & SDB, appreciated the efforts of ABAD for their plan and programme about Katchi Abadies. He also appreciated ABAD’s initiatives to provide free medical and education facilities for the residents of Katchi Abadies.

He disclosed that there were 564 Katchi Abadies who were thickly populated and the data of population was not available.

He desired another meeting with the ABAD officials next week to exchange information and data available with them and also to maintain a robust relation between two bodies.
Posted by Chief Editor at 3:58 PM 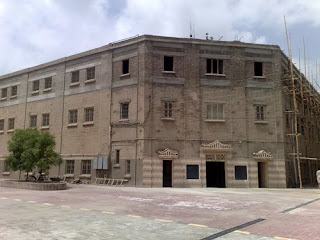 The Director, Private Institutions, Mirpurkhas Division, Abdul Hameed Shaikh, has taken serious notice of the opening of private schools in Mirpurkhas and Umerkot districts during the ongoing summer vacations.

Directing all the schools to observe summer vacations during the stipulated time, he has issued orders to suspend the registration of 16 private schools with immediate effect, advising them submit an explanation in this regard.

The Director has also suspended the registration of Kainat Public High School, Marvi Public School, Superior Public School, The Scholar Public School and Mehran Public School Mirwah with immediate effect and sought for clarification within a period of seven days.
Posted by Chief Editor at 3:54 PM