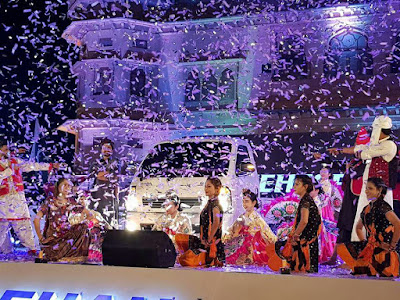 The Interior Minister Ahsan Iqbal has said that Pakistan is fast coming back on its real economic track and would be looking at its future in the year 2018 when its GDB will be close to 6 percent as against 5.3 percent in 2017.

He was speaking as chief guest at the grand launch of Shehzor truck, the most popular light commercial vehicle produced in the automotive history of Pakistan with over 50,000 units in operation.

Shehzore has become the generic name for pickups in the country, Dewan Muhammad Yousuf Farooqui, Chairman, Yousuf Dewan Motor Company remarked in his welcome speech at the launch of Daehan Shehzore at the Mohatta Palace Museum on February 25. 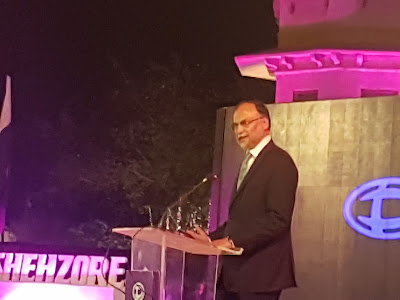 Ahsan Iqbal recalled that there was a time when big industrialists and businessmen would be speaking about relocating their industries and concerns to Canada and Dubai and smaller ones to Lahore but today they are coming back to Karachi and Pakistan because of the peaceful conditions and positive investment climate here.

He said that today international media including Economist and Finance Times are describing Pakistan as the fast emerging economic nation more because of much peaceful conditions today when present government responded stubbornly and cleared our territories of terrorists and subversive elements because of sacrifices of the armed forces and the nation.

He recalled when the country faced acute power crisis just 5 years back and within four years of this regime, there is a turn around and Pakistan is rising and brought back on the world's economic map. He said in four years the government added 11000 MW of electricity to the national grid and constructed a record number of highways and motorways. 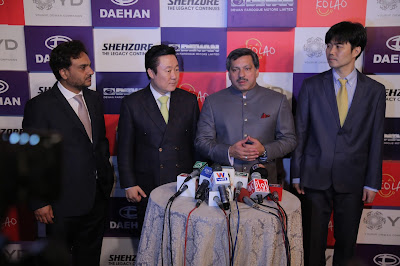 "Time has come now to focus on the prosperity of our people and future economic boom", the Minister stated adding that now it is for our entrepreneurs to take advantage of infrastructure developed and they have the potential for this.

He pointed out that with the steps being taken by this government Pakistan will be among the top 20 world economies by 2025 and top 10 by 2030 provided the country maintained the continuity of economic development with political stability. 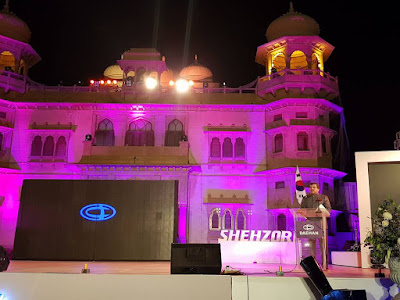 Ahsan Iqbal while referring to the development of automotive industry assured of his government's all out support and cooperation for the industry and hoped that all the business groups of Pakistan will make fast advancement to achieve the desired objectives.

“The government through the Automotive Policy is fully committed to extending full support to the local automotive industry of Pakistan. The policy has already attracted significant investment of over US$ 800 million,” he observed while congratulating Dewan Yousuf and his team for their relentless efforts to revive their automotive assembly plant.

Earlier in his speech, Dewan Mohammed Yusuf Farooqui, Chairman Yusuf Dewan Motor Company said that reproduction of Shehzo was made made possible by the acquisition of Brownfield status from the Ministry of Industries and Production, a landmark achievement. 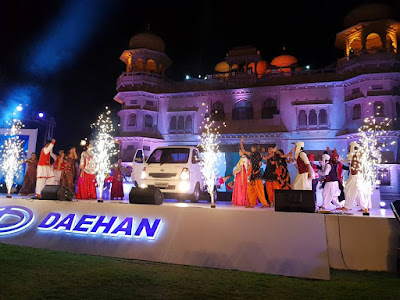 He said our collaborators the JVA and Kolao Group will help us keep our promise of delivering only the best quality vehicles to our trusted customers as we stay committed to contributing our best to our motherland’s socio-economic development.

He described th day as the most special day of his life and Dewan Group.

Speaking on the occasion, Oh Sei Young, Chairman, Kolao Group, and the joint venture partner in Daehan-Dewan Motor Company, expressed the confidence that the Daehan Shehzore pickup will achieve the desired results.

He assured that the Kolao Group will consistently provide total support to the JVA in achieving the mutual objective of regaining market leadership in its segment. 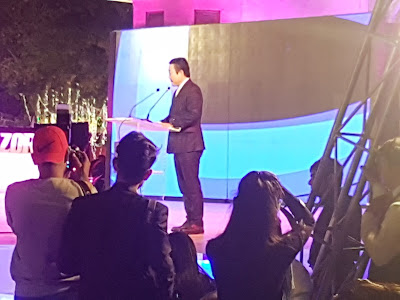 “The government through the Automotive Policy is fully committed to extending full support to the local automotive industry of Pakistan.

The policy has already attracted significant investment of over US$ 800 million,” he observed while congratulating Dewan Yousuf and his team for their relentless efforts to revive their automotive assembly plant.

It may be recalled that Yousuf Dewan Companies, one of Pakistan’s most prominent business houses, had entered into a joint venture with the Kolao Group of South Korea in April 2016.

The launching ceremony at the Mohatta Palace was nothing short of spectacular. The cultural programme, featuring performances by the local as well as the South Korean artists, followed by the musical concert provided glamour to the evening at the most historical of venues.
Posted by Chief Editor at 3:34 PM Links to this post