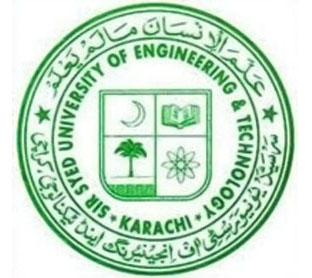 The Sir Syed University of Engineering and Technology (SSUET), Karachi, will hold a unique get-together of grandparents of its passed out graduates of Batch 2008.

The objective of holding this innovative get together is to pay tributes to them and to celebrate the passing out of their rand children as engineers in various engineering disciplines.

The decision to hold this function during first week of June 2012 was approved by Chancellor Z A Nizami at a meeting with the Girls Affairs Committee.

He was informed that an estimated 3000 grand parents accompanied by their grand sons and daughters would be attending the function to be held at the University’s spacious Convocation ground.

The Chancellor observed that SSUET will be the first university to organize such a marvelous gathering of grandparents.

While discussing the issues, Ms Attiya Abid, Chairperson of Girls Affairs Committee informed that the Committee has compiled the data exclusively of female students who passed out from this university since its first convocation held in 1998.

Chancellor Nizami setup a committee to review the authenticity of the data for its finalization and publication with the directive to complete the task within one week.

Upon the request of the Committee, the Chancellor ordered upgradation of four common rooms for girls with provision of essential facilities and asked the Director P&D to survey the common rooms and assess the facilities that were needed for provision.

Chancellor Nizami pointed out that it is a mater of an honor for this university that one of its students Late Arfa Karim was crowned with International Microsoft Certification award.

The meeting was attended, among others, by acting Vice Chancellor Prof. Dr Najeeb and Registrar Shah Mahmood Hussain Syed.