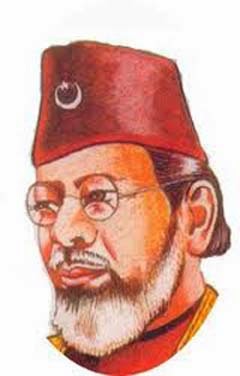 Glowing tributes were paid to the great freedom fighter Rais-ul-Ahrar Maulana Mohammad Ali Jauhar at a seminar organized by the Bazm-e-Ahbab-e-Rampur in to mark the latest edition of the Jauhar Day.

Speaking as chief guest on the occasion, Engr Mohammed Adil Usman, a great grandson of Maulana Mohammad Ali Jauhar and Chancellor, Sir Syed University of Engineering & Technology (SSUET), emphasized that one could achieve success and glory only through hard work and determination.

He observed that Maulana Mohammad Ali Jauhar was not only a staunch Muslim but also a great scholar who was endowed by Allah with extraordinary abilities. His fearless leadership and devotion to cherished objectives were instrumental in dispelling the inferiority complex from the Muslims which enabled them to fight for their rights steadfast.

He recalled when Maulana Mohammad Ali Jauhar met Quaid-e-Azam Mohammad Ali Jinnah in and convinced him to join All India Muslim League and his sincere efforts eventually led to laying of foundation for the creation of .

Chancellor Adil Usman said that at the first Round Table Conference in (1930) the Maulana had declared not to return to alive unless the country was set free.

“I would prefer to die in a foreign country so long as it is a free country,” he announced and told the British that ‘if you do not give us freedom in you will have to give me a grave here.’

Speaking on the occasion, Vice Chancellor, , Prof. Dr. Zafar Iqbal, pointed out that the Maulana was an important chapter of the history whose only demand was total freedom for the Muslims of South Asia. He was sincere to his cause and devoted his whole life to fight for the truth.

Former Station Director Radio , Shakeel Farooqui, said that contrary to the contemporary politicians, the Maulana was of different nature. He was a man of commitment as he did what he thought and preached.

Renowned scholar Khawaja Razi Haider said Quaid-e-Azam Muhammad Ali Jinnah and Maulana Mohmmad Ali Jauhar had a great resemblance together. He made Muslim League a popular party. The Maulana supported Quaid’s 14 Points and believed that only under the leadership of Jinnah the Muslims of South Asia could achieve freedom.

Prof Dr Mazhar Hamid paid poetic tribute to the legendary Maulana Mohammad Ali Jauhar whose accomplishments remained source of motivation to the people of .
Posted by Chief Editor at 3:41 PM